Allāh (الله) is the proper name of God, and humble submission to His Will, Divine Ordinances and Commandments is the pivot of the faith. He is unique (Wāḥid) and inherently one (ʾAḥad), all-merciful and omnipotent.

The Qur'an (القرآن) represents the words of Allāh revealed to Prophet Muhammad, arabic محمد (Peace be upon him) through the archangel Gabriel (جبريل).The Holy Prophet's message transformed the society and moral order of life in the Arabian Peninsula through reorientation of society as regards to identity, world view, and the hierarchy of values.

Al-Islam (الإسلام) is the monotheistic and Abrahamic way of life articulated by the Qur'an & by the teachings & the normative example (the Sunnah or سنة & Hadith or حديث‎) of Prophet Muhammad (صلی اللہ علیہ وسلم), the conclusive prophet of Allāh. A person with this belief is a Muslim (مسلم‎).

The Life of Prophet Muhammad (ﷺ) 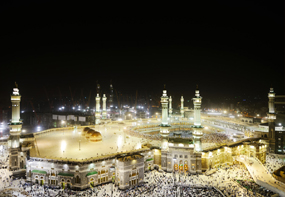 Muhammad (peace and blessings of Allah be upon him) was born in August 570 AD. at Mecca, the principal town of Arabia. Muhammad was born an orphan, his father Abdullah had died some time before his birth. Muhammad’s grandfather Abdul Muttalib became his guardian and entrusted the young Muhammad to the care of Haleema, a member of a desert dwelling tribe. Muhammad’s mother, Amina, passed away when he was still a young boy. This was followed by the death of his grandfather and Muhammad passed under the care of his uncle, Abu Talib.

The Truthful and Trustworthy

Enough is known of the youth and early adulthood of Muhammad to indicate that he was gentle, patient, and obedient, respectful toward his elders, affectionate with his companions, and full of compassion for those who, on account of age, infirmity, or adversity, stood in need of help. As he grew older, his good qualities were recognized by his contemporaries. They were impressed by his complete integrity, in word and deed, and he became generally known among them as “Sadiq” meaning the truthful and “El Ameen,” meaning “the Trustworthy,” or “the Faithful.” 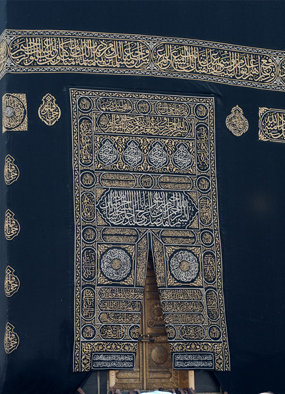 When Muhammad was a young man the structure of the Ka’aba had fallen into disrepair, and it was decided to rebuild it. The famous Black Stone, the cornerstone of the Kaaba, had to be replaced in position in the southeastern angle of the walls. Several leading families of the Qureish coveted the honor of placing the stone in position, and vehemently pressed their claim. It was agreed that the dispute should be referred to Muhammad, and that his decision should be accepted.

Muhammad spread out his cloak on the ground and placed the Black Stone on it. He then invited the leading members of the families to lift the cloak and carry the stone. Muhammad then lifted the stone and placed it in position. This satisfied everybody, and resolved a situation that had threatened to become grave to the point of possible bloodshed. 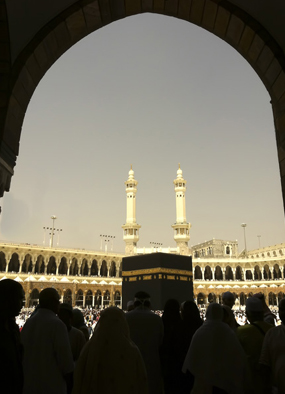 “In the house of ‘Abdullāh bin Jad‘ān, I once partook in such an oath that even if I was called to it today, in the age of Islam, I would present myself saying, here I am to do thy undertaking”. 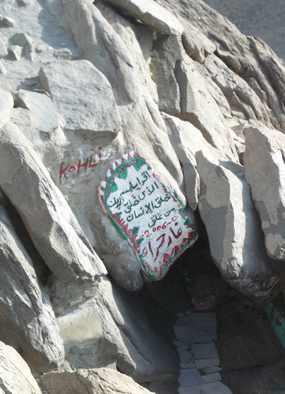 “And He found thee wandering in search for Him and guided thee unto Himself.” (93:8)

Holy Prophet Muhammad never intermingled with the general society of Makkah. For he was one who desired solitude and would remain in seclusion longing for Allāh the Exalted, diligently occupied in his remembrance. At a distance of three miles from Makkah towards Minā, in the left is the mountain of Hirā, wherein is a cave, famously known as the Cave of Hirā. It was the general practice of Holy Prophet Muhammad to retreat to this cave and occupy himself in deep meditation and remembrance of God. He would take sufficient food with him and would not return to Makkah for many days. It is this very time period, which has been referred to in the verse of the Holy Qur’an mentioned above.

“Recite in the name of thy Lord…” 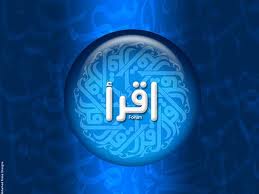 Holy Prophet Muhammad (peace and blessings of Allah be upon him) was forty years old – in the year 610 AD when the Divine Call came to him in his retreat in Hira, the cave to which he was in the habit of retreating to for prayer and contemplation. He beheld a gracious Presence, the Angel Gabriel, who asked him to recite. Holy Prophet answered that he knew not how to recite. The Angel took hold of Holy Prophet, squeezed him firmly against his body and insisted:

“Recite in the name of thy Lord Who created: Created man from a clot of blood. Recite! Thy Lord is the Most Beneficent, Who taught man by the pen, taught him what he knew not” (96:2-6) Holy Prophet Muhammad repeated the words as commanded. The Angel then vanished. 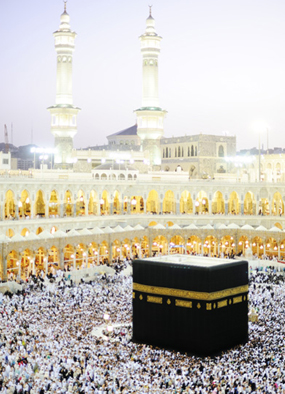 “God is witness, He has not sent you this Word that you should fail and prove unworthy, that He should then give you up. How can God do such a thing, while you are kind and considerate to your relations, help the poor and the forlorn and bear their burdens? You are restoring the virtues which had disappeared from our country. You treat guests with honour and help those who are in distress. Can you be subjected by God to any trial?” (Bukhari).

Khadeeja’s observations on this occasion throw a flood of light on the Holy Prophet’s character as observed by his closest and most intimate companion – his wife for fourteen years at that time. The honest testimony of husband or wife with regard to the character and disposition of the other is of the utmost value, for no other person has the opportunity to make so accurate an estimate based upon close observation and personal experience.