Allāh (الله) is the proper name of God, and humble submission to His Will, Divine Ordinances and Commandments is the pivot of the faith. He is unique (Wāḥid) and inherently one (ʾAḥad), all-merciful and omnipotent.

The Qur'an (القرآن) represents the words of Allāh revealed to Prophet Muhammad, arabic محمد (Peace be upon him) through the archangel Gabriel (جبريل).The Holy Prophet's message transformed the society and moral order of life in the Arabian Peninsula through reorientation of society as regards to identity, world view, and the hierarchy of values.

Al-Islam (الإسلام) is the monotheistic and Abrahamic way of life articulated by the Qur'an & by the teachings & the normative example (the Sunnah or سنة & Hadith or حديث‎) of Prophet Muhammad (صلی اللہ علیہ وسلم), the conclusive prophet of Allāh. A person with this belief is a Muslim (مسلم‎).

The Life of Prophet Muhammad (ﷺ)


A proof of the Finality of Prophethood (Khatmay-Nabuwwat)

Guided by irrefutable word of Allah(SWT) in the Holy Quran and numerous Hadith, Muslims around the world do uniformly believe that, after Prophet Muhammad(SAW), the chain of prophethood has come to an end. According to this fundamental belief, anyone who now claims to be a Prophet of God should be viewed as an impostor, whose claim is contrary to the teachings of Islam.

All Muslim scholars consider such self-proclaimed prophets misguided opportunists, who have doomed their souls for worldly gains. Sadly, those unfortunate individuals, who follow the man-made ideology of such opportunists, won't fair much better in the hereafter, unless they are awakened by the truth of Allah(SWT) and abbandon the teachings of their self-motivated leaders.

Close to one hundred verses of the holy Quran, directly or indirectly, support the doctrine of the Finality of Prophethood.

Verse 40 of the Surah Al-Ahzab (33), for instance, highlights this teaching in clear terms. 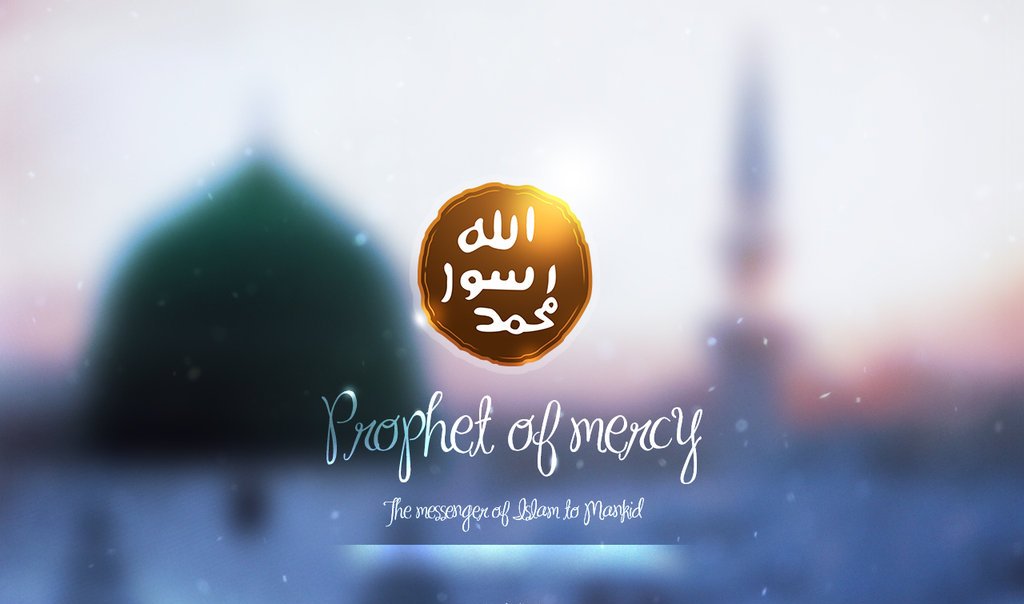 Muslim Scholars, since the time of our beloved Prophet(SAW), have correctly understood this verse to indicate that no new Prophet or Messenger will be sent to humanity until the day of judgment.
[Read: The Interpretation of well-known Muslim Scholars].

Numerous verses of the Quran indicate that the teachings of Islam have been completed, perfected, and preserved and have been meant universally for all the Worlds. Such statements eliminate every reason for which a new prophet may need to be commissioned to humanity. In this regard, we can briefly mention:

The following portion of the last revealed verse of the Holy Quran is also a testimony that no Apostle with new instructions or interpretations of the holy Quran will ever need to be sent to the humanity:

The following verses, which appear at the very beginning of the holy Quran, indicate the qualities of the individuals, who will benefit from the holy Quran, and have been given an assurance of salvation. In its concise and precise form, Quran makes clear that these include revelations up to the time of Prophet Muhammad(SAW), and precludes the possibility of any future revelations, prophets, or religions.

Khatmay-Nabuwat in Hadith of Prophet(SAW)
Many verses of the Holy Quran allude to the special wisdom bestowed on the Prophet Muhammad(SAW) to understand and explain the revelations included in the Holy Quran. For example, in verse 4 of chapter 14 of the Quran, we read:

The following teachings of Prophet Muhammad(SAW) deal with the issue of Finality of Prophethood. As apparent from the references, theseAhadith are authentic and have been recorded by many scholars and reported by numerous companions of the Prophet(SAW).

The Historic Sermon of Prophet(SWT)
Hazrat Muhammad(SAW) saw it fit to mention this very important fact in his historic sermon, which was witnessed by over 120,000 individuals.   Through it, he again warned the entire mankind to stay away from destructive man-made cults, in the following words:

Should we not heed the prophets'(SAW) warnings and stay away from false prophets?

The Opinion of Great Scholars of Islam
Throughout the centuries, Muslim Scholars have unanimously supported the fundamental doctrine of Finality of Prophethood in Prophet Muhammad(SAW).  So much so, that the entire Ummah has recognized anyone who claims to be a prophet (in any capacity), supports someone else's claim to prophethood, or views such claimant as a religious leader, to be an unbeliever (Kafir).
[Read: The Opinion of well-known Muslim Scholars].

Should we not accept the opinion of our knowledgeable Muslim Scholars?

Dictionary Translation
Hoping to misguide individuals, who lack knowledge of linguistics and Arabic language, some unlearned opportunists have attempted to misinterprete the verse 33:40 of Al-Ahzab, which was mentioned earlier, since it is the best known verse in support of the doctrine of the Finality of Prophethood. Such individuals often claim the word khatam, in the context of the verse, to mean "stamp", "seal", "best", "decoration" or "ring"! They also claim that the word Nabiyyeen indicates the "law giving prophets".

The actual dictionary translations of the words khatam nabuwat, in this context, are as follows:

Khatam: Can be read in two ways: khatam, meaning last or seal; and khatim meaning seal or terminator.
The authorative dictionary of Lisanul-Arab indicates that both 'khatam' and 'khatim' mean "last of them" and the Qamoos dictionary says that it indicates the "last person", like a seal.

Nabuwat: Messengership; Prophethood of any kind, since all Messengers (rasuls or law giving prophets) are also Prophets.

In the word of Allah(SWT), the Quran was revealed in detail in the arabic language so Arabs would understand it without a problem. True to God's promise, no arabic speaking person will have a doubt of what is meant by Khatme-Nabuwat. Isn't it particularly amusing to find self-proclaimed "prophets", who according to historical records did not even have a working knowledge of the Arabic language, tried to reinterprete this verse?

Conclusion
The sheer amount of evidence provided here should suffice to convince anyone believing in the divinity of Islam that the prophet Muhammad(SAW)was the last Prophet of God and that anyone with a claim to prophethood should be considered an outcast from Islam.  No one can better state this fact, than Allah(SWT) himself:

Bear witness that we are Muslims and we have conveyed the true message of Allah so that you might benefit from it.